If you want to get as close to nature as possible, spying on Sri Lanka’s exotic wildlife is the best way to cross off your wildlife bucket list. The wild side of the island is a thrilling experience, which would either get your heart thumping or make you grin with your companion like a monkey in the jungle. With elephants, leopards, sloth bears and exquisite birdlife, not to mention the island’s exotic flora and fauna, exploring the island's wilderness and witnessing its mighty creatures is an exhilarating encounter sure to thrill nature lovers.

And no wildlife excursion can be truly experienced unless you go on a safari. But if you want to experience the intimacy of coexistence, you have to camp in the midst of a wildlife sanctuary where animals roam free, and you could be sharing your breakfast table with a rock squirrel or peering out from your tent at stunning peacocks.

Yala National Park is leopard country and is said to have the highest concentration of these major predators in the world. The Asian Elephant, migratory birds, endemic reptiles and crocodiles are some of the show stoppers of the park. The Wilpattu National Park is one of Sri Lanka’s oldest wildlife sanctuaries. With vast wilderness of many terrains, it is an exciting place to visit. Spanning an area of 18,149 hectares, the Kumana National Park is yet another oasis of green, renowned for its wildlife and more so for its local and migratory avian inhabitants. 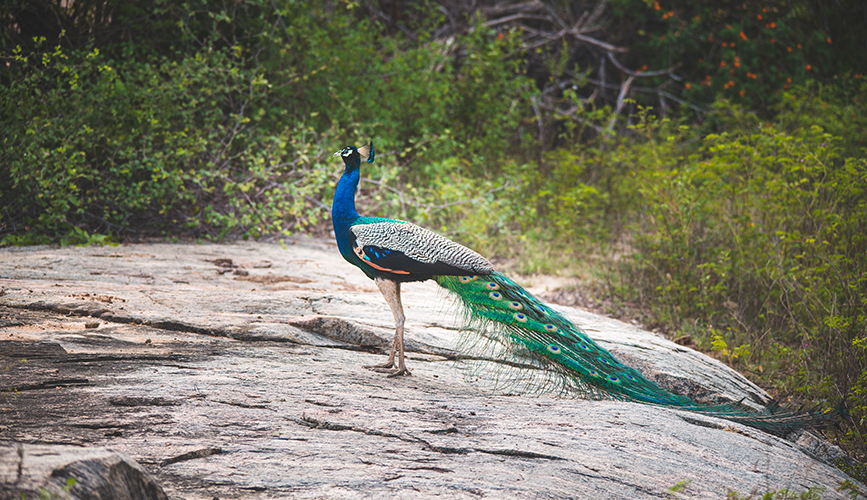 Go on an action-packed game drive in Minneriya National Park, which is an alternative to the more vast expanses of other wildlife sanctuaries. The ancient reservoir of the park feeds its inhabitants. A must see spectacle is the famed “Elephant Gathering” where herds upon herds of elephants congregate near the giant reservoir. Located less than four hours from Colombo is Udawalawe National Park where you can witness animals bond, eat and play in their own realm.

When in Gal Oya, you can even hop on a canoe and drift past boulders that turn out to be massive crocodiles. Catch a glimpse of gentle jumbos cooling off in the shallow waters. Sinharaja Rainforest, a UNESCO world heritage site, takes you through a journey of anticipation and intensity where you become an inevitable part of the wild.

The Central Highlands World Heritage Site comprises the Horton Plains National Park at an altitude of 2,100 metres above sea level and is spread over 3,169 hectares, along with the Peak Wilderness Sanctuary and Knuckles Mountain Range. The Horton Plains is home to over 24 species of mammals including the sambur, wild boar, porcupine and even leopard.

Next time you visit Sri Lanka, make a note to heed the call of the wild!