Even though Sri Lanka gained independence in 1948 from the colonisers who ruled the country for over 450 years, the little island has gone through much during its recent past, most noticeably the dreadful tsunami of 2004 and the three-decade long civil war as well as the tragic Easter Sunday attacks. Yet, Sri Lanka is known for its unwavering resilience that makes the country shine through.

Despite all, the country is progressing towards economic development and upgrading its infrastructure facilities. When you visit Colombo, the cosmopolitan capital of the island, you can witness its ever-changing skyline, which was once dominated by intricate gables and colonial structures. In contrast, the landscape is now graced with sleek geometric shapes that almost touch the far sky. Amongst them, the iconic Lotus Tower adds a touch of aesthetic beauty to the city’s landscape. Wherever you may go in the bustling city, the tower looms in the distance. 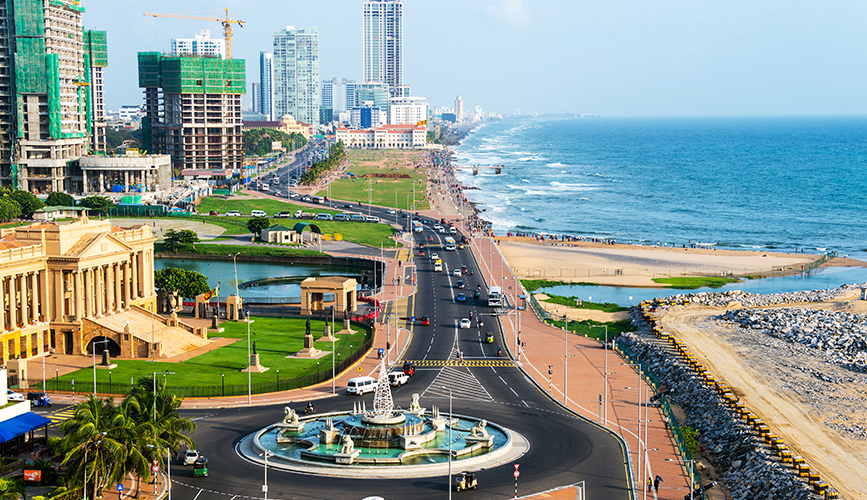 The hospitality and tourism industry is reaching new heights, which is well reflected by the mushrooming number of international hotel establishments in Colombo and around the country. The island has also been selected as the number one country in the world for travellers to visit in 2019 by Lonely Planet. With destinations that are as varied as the rest of the island itself, Sri Lanka has become a firm favourite among globetrotters.

The country’s artsy scene is bustling with talented and independent-minded artists. Adding a modern twist to traditional Sri Lankan arts, they are challenging the status-quo in order to find new horizons of creativity. The island has also become home to fast-growing start-ups that redefine the way of doing conventional ventures.